The Sisters Reflection Exhibit consists of 22 pop up banners showcasing letters that have been written by the Sisters to their younger selves accompanied by a short biography, a 20'' x 24'' portrait of themselves today and anothe photo of when they were younger.

The Exhibit kicked-off on September 11, 2015 at the St. Boniface Museum in Winnipeg. This site was selected for the inauguration of the exhibit as it was the first Mother house of the Grey Nuns of Manitoba who arrived in 1844.

The exhibit has been travelling since then throughout various regions of the province where the Sisters have been of service. 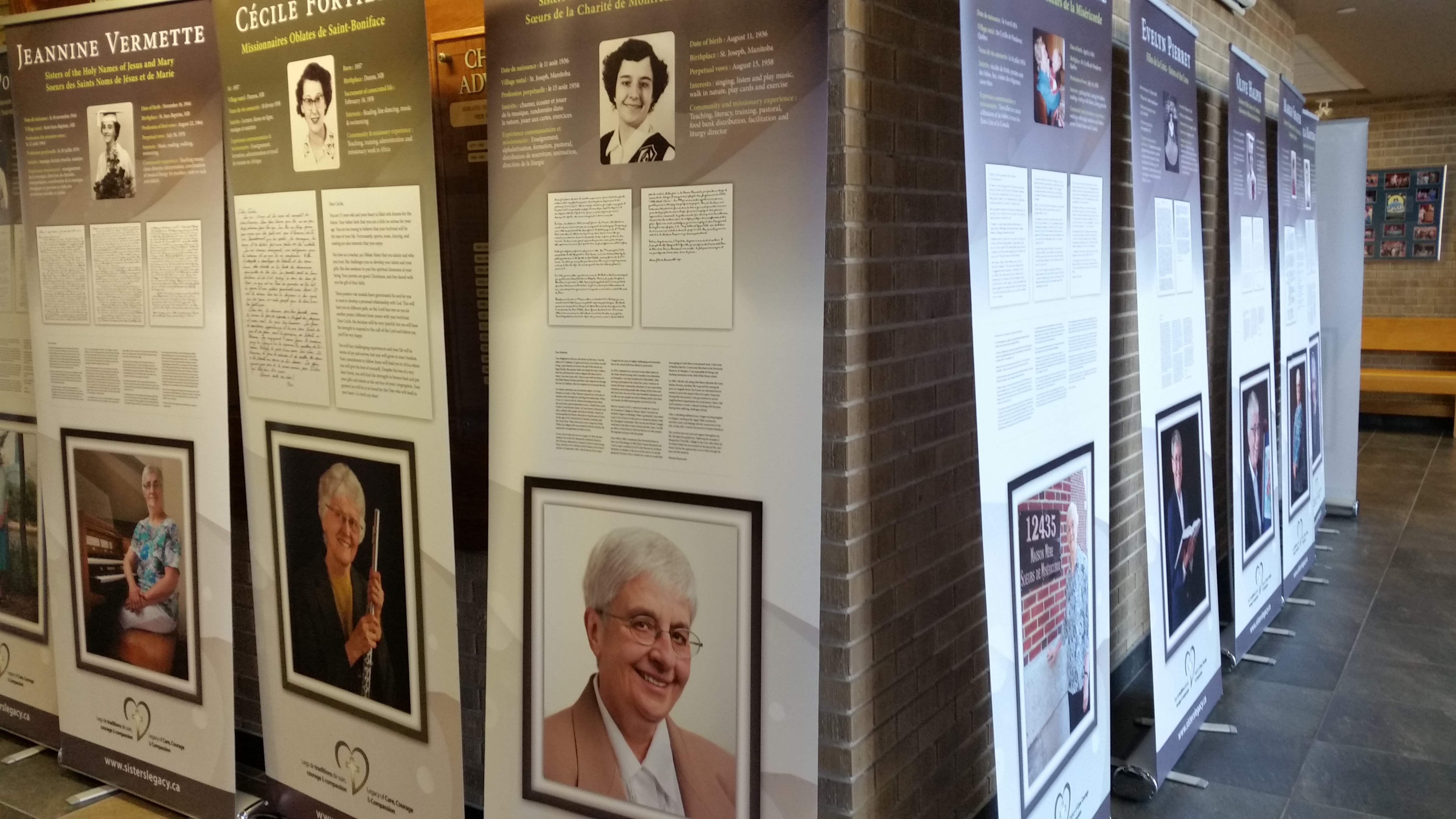 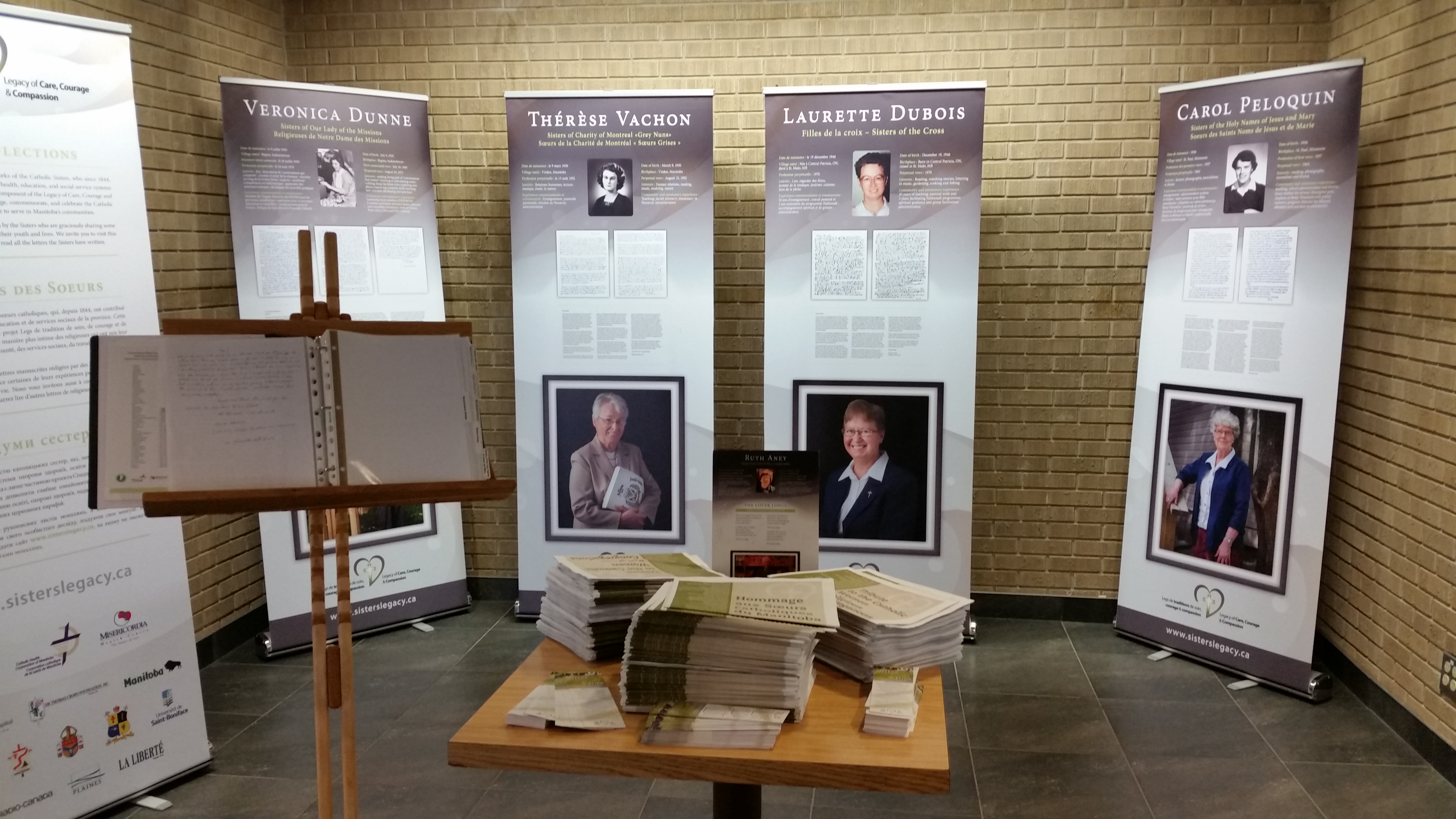 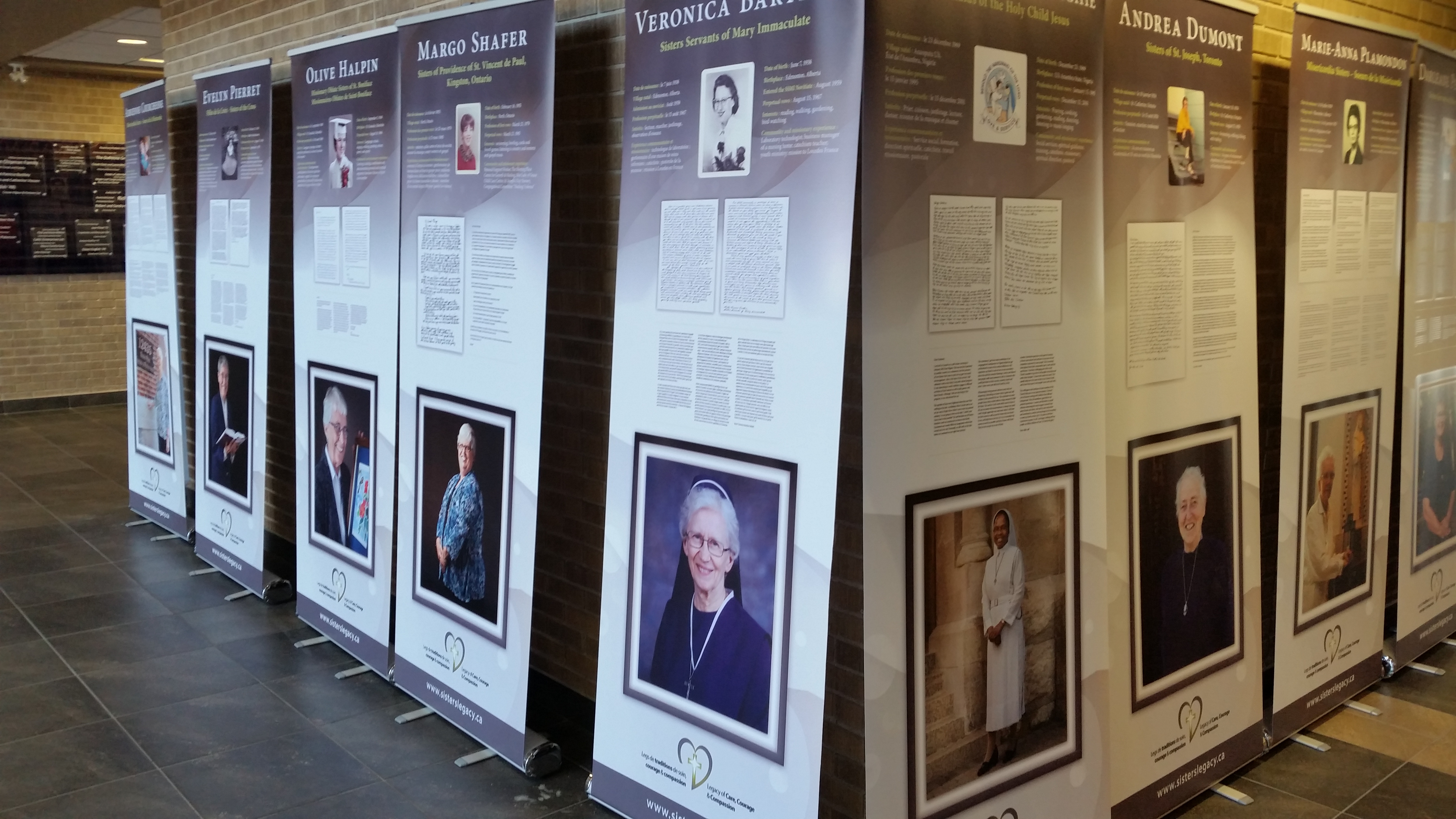 Exhibit locations are as follows:

Having fun at the photo shoot! Sisters are getting photographed in preperation for the exhibit.